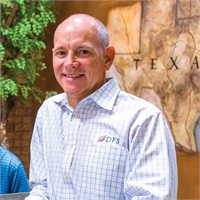 Joel Hays, CEO of Distinct Financial Solutions, Inc., has been serving clients in the Denton area since 1990. His greatest accomplishment by far is marrying his wife Heather over 20 years ago and raising their three boys who attend Guyer High and Harpool Middle Schools.

Joel has always been self-employed, first as a PGA golf professional where honed his playing, customer service, listening, and teaching skills. During this time, he learned many lessons of the entrepreneur…. the biggest being, seek wise counsel.

Due to many factors and the desire to be more available for his young family at the time, Joel transitioned to the financial services industry. He was attracted to the idea of truly helping people with important things, like finances and at the same time fulfilling the role of trusted advisor to other entrepreneurs and being the wise counsel that he needed in his previous business.

In 2003, he began as an American National insurance agent where he led the company multiple years.  After earning his Securities licenses, he joined a Galveston based broker dealer which was sold in 2010 to a respected financial services firm.

Because he values the advisory approach, in 2011 Joel chose to include financial planning, wealth management, and insurance advice to his clients.  Combining these services created a unique offering causing the creation of Distinct Financial Solutions, Inc.

Outside of the office, Joel enjoys a good warm day on the golf course, teaching and coaching his boys, and is an active member of The Village Church Flower Mound Campus.